This past 16th of January, BulldozAIR was proud to attend the 2nd edition of InnoShakers which discussed the theme “How to build the infrastructures of the future?”. The discussion was centered around two panels that reflected on upcoming infrastructure trends and recent innovations as well as the future ramifications that these new technologies could generate on urban development.

The first panel focused on current conceptions of innovation and infrastructure through practical knowledge from players of the Grand Paris Express project. The participants included:

Technological trends impacting the infrastructure and construction sector was the first topic discussed. Olivier mentioned the critical impact that AI and IoT are having in the industry, lessening the workload of many construction professionals through the use of data recovery and the optimization of machinery. However, he highlighted that integrating these efforts into the business strategy could represent an arduous task and the creation of business cases was a significant step towards the effective implementation of these initiatives. 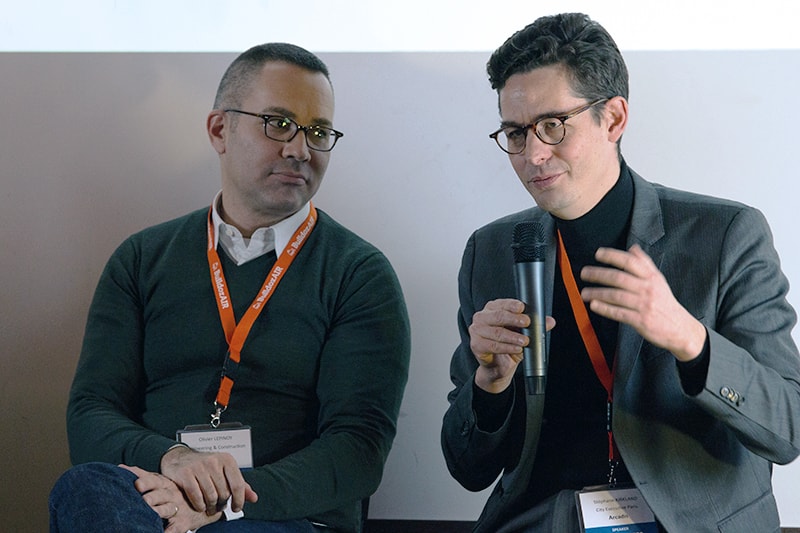 Arnaud stated that when it comes to developing innovation, the key to finding a valuable solution was to identify problems or inefficiencies in current practices before starting any initiative.

Stéphane added that we must never lose sight of the innovation in a project and Arnaud complements this idea by highlighting how innovations can be short-lived. Therefore, it is essential to establish a detailed framework for it from the start to maximize its benefits from the moment of the launch.

Data, the key to management

All speakers showed a prevalent attitude towards the importance of data. Yet, to take advantage of its potential efficiencies, it is vital to think of it regarding the life cycle of the business’s assets. Stéphane also emphasizes that data must have an impact on costs and efficacy. 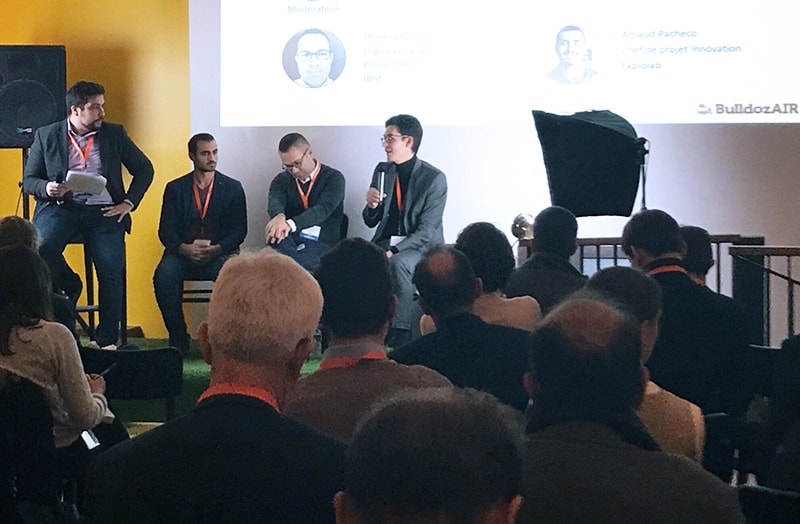 Nowadays, there is a particular focus on data from infrastructures. When sensors are implemented to machinery or other assets, businesses can benefit from financial savings. Further strategic value is also derived from automated data gathering as it critically improves the accuracy and usability of the data. The collection of more accurate data alongside technologies such as AI is reinventing the approach to maintenance. We are moving towards what is called smart or predictive maintenance, which focuses on using all this available knowledge to allocate business resources more efficiently thus, reducing downtime and maintenance costs. Nonetheless, the advances brought by the latest construction go beyond maintenance.

The Grand Paris Express and its impact on Paris’s infrastructure

Back in 2009, after the idea of transforming the Paris metropolitan area into a sustainable European metropolis had been recently proposed, Olivier created a series of conferences titled “What Grand Paris?”. In here, he created a platform where people interested in the initiative could get in contact. His objective was to encourage dialogue among stakeholders such as residents, businesses, experts, city authorities, among many others. To Olivier, it was necessary to let everyone develop their ideas openly to discover potential issues and all types of innovation initiatives. 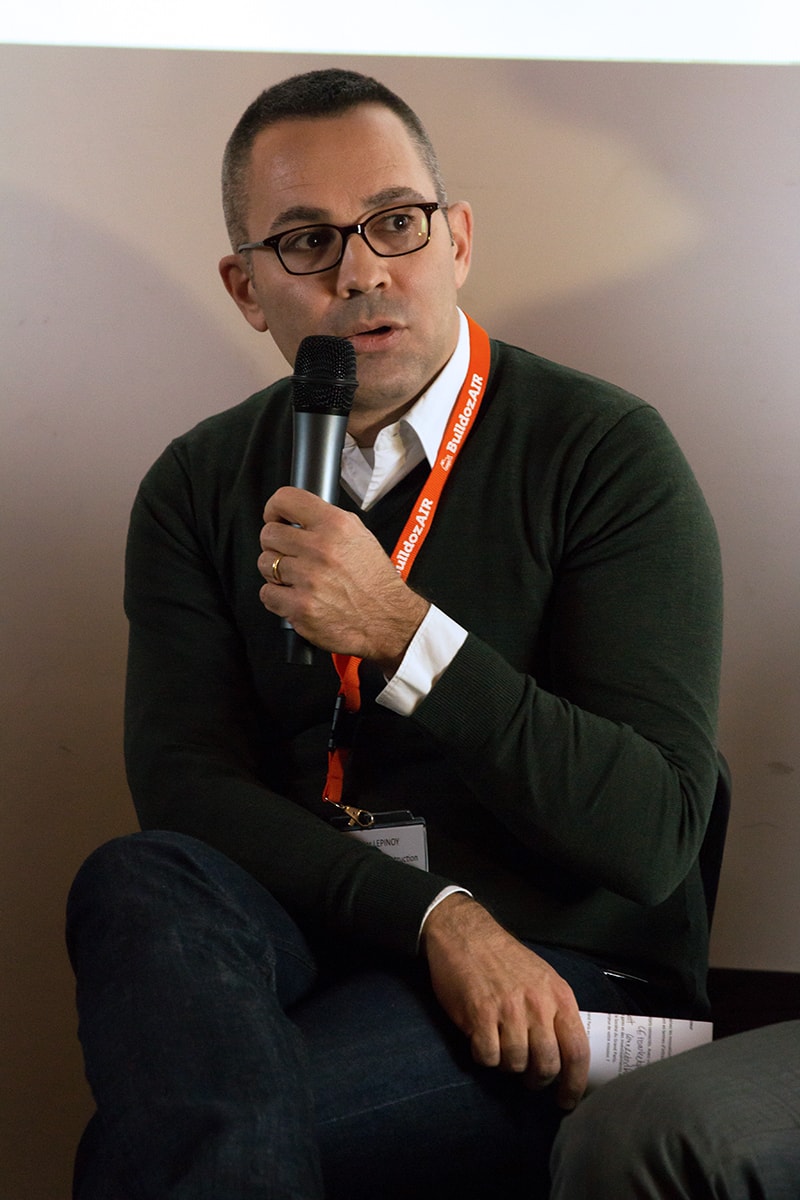 The conferences gathered a wide range of people including respectable schools such as the ESTP, Sciences Po, and other architecture schools in Paris, as well as many architects involved in the Grand Paris project. When asked about the perceptions around the project at the time, he mentioned the significant impact that the project could have on urban institutions in the Parisian region.

Today nine years have passed, and people still agree that the development of this project is having an enormous impact in the region. It is changing the morphology of the area and transforming Paris into a connected and more dynamic city. Moreover, the reinvestment in the territories beyond Paris will bring new possibilities to its suburbs and boost progress in these areas.

Stéphane, currently involved in the Grand Paris Express, stated that the project is incredibly innovative in terms of an urban vision of sustainable development. He pointed out that this project is long overdue and emphasized the fact that nothing of its size and ambition had been undertaken in Paris since 1860. The Grand Paris Express is a visionary project that will revitalize the suburbs. According to Arnaud, we are already starting to witness new neighborhoods emerging, and Paris is achieving something utterly unique on an international scale.

The CDG Express was also mentioned. This project aims to increase the competitiveness of the airport as there is no direct connection from here to the city. Likewise, it was said that this project would not have any significant impact on line 17, which is also planned to stop at the airport.

Finally, new technologies such as autonomous cars as well as its impact on the ring road surrounding Paris (boulevard périphérique) were also discussed. Stéphane stated that studies on new technologies often focused on issues such as regulation and implementation. However, it is vital to examine the impact that new developments have on current urban infrastructures as each innovation can impact the urban morphology differently. He also adds that according to a study conducted in the U.S., networks such as overground trains or metros appear won’t be too affected by the technology as it is expected that vehicle-sharing fleets will increase the use of principal roads but abandon remote branches which are often covered by these networks. 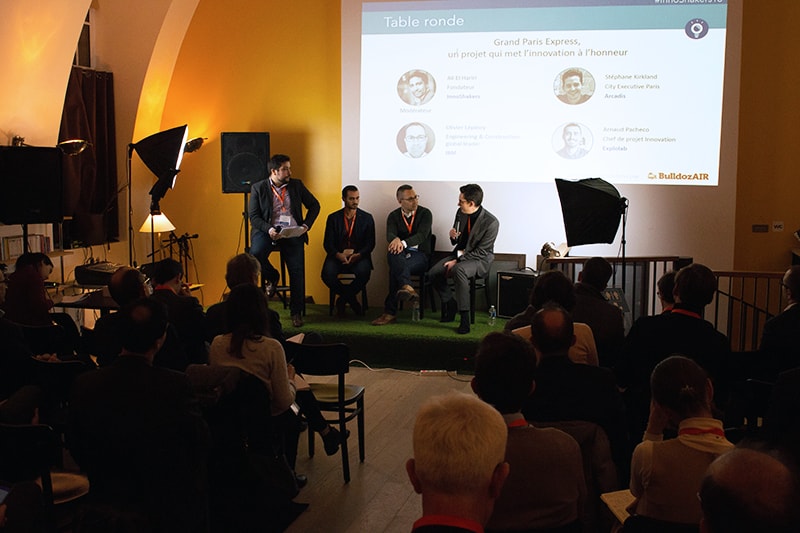 Speakers also mentioned that to protect the important heritage of the ring road from potential threats caused by new technologies, we need to reflect on how to integrate them into the current infrastructure. For example, through the incorporation of axes reserved for autonomous vehicles.

Next week, we continue the discussion with more insights and examples from important players in the industry such as French incubator Impulse Labs, airport authority ADP and French railway authority SNCF. 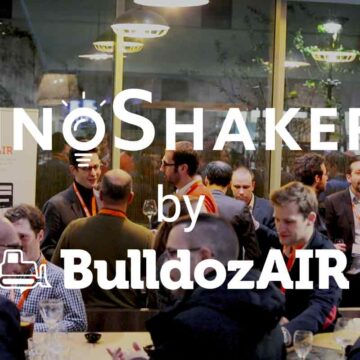 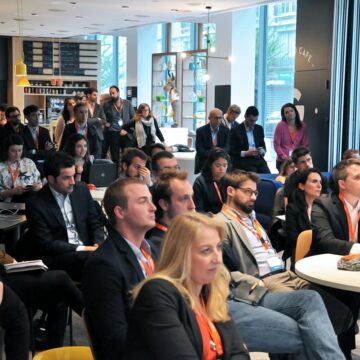 Innoshakers 17: Algorithms or m2, what will be the core of tomorrow’s real estate industry? 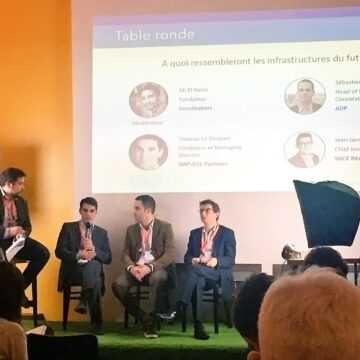 InnoShakers: What will infrastructures be like in the future?