The transportation industry was going through a rough patch, innovation had slowed down and, even though developments never stopped, these no longer were considered disruptive or ground-breaking. Elon Musk saw this as an opportunity and launched Tesla, a new brand of electric cars that offers improvements in many areas that other car manufacturers neglected.

However, he did not stop here and soon after, he started building the biggest factory in the world to achieve his dream of becoming one of the leading car manufacturers in the world. Musk was also the one who revealed the idea of the Hyperloop, a transportation system capable of carrying people and cargo at speeds greater than 1200 kilometers per hour. Later on, he would release a 57-page white paper detailing his ideas about the project where he imagined a world without the constraints of long distances and people traveling from one country to another in a matter of minutes. 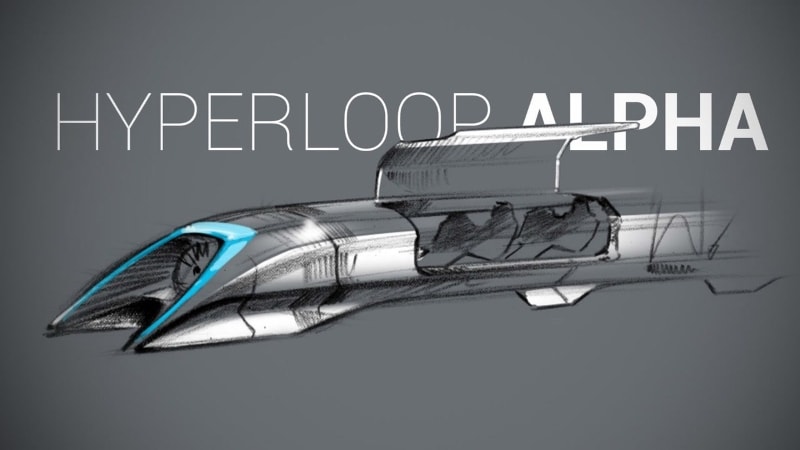 On the Hyperloop’s 2013 white paper, he explained the theoretical concepts behind his idea and encourage others to pursue his dream of fast transportation across the world. Many jumped to this idea and decided to further develop it. As for now, two main start-ups have decided to fully pursue the project and are actively developing the mechanics for the Hyperloop, Hyperloop One and Hyperloop Transportation Technologies.

Initially, Musk’s idea to bring the Hyperloop to life consisted on giant tubes with low air pressure that would contain Hyperloop pods suspended on air. The tubes will act as vacuums and propel the levitating pods through them, the levitation of the pods would eliminate the drag and allow for super-fast speeds.

The concept is not new and it is similar to the old tube systems used in post offices and banks to rapidly transport documents. However, the challenge of this new form of transportation lies on the ability to upscale this simple idea to massive proportions and, building a levitation system strong enough to carry the pods full of cargo or people while maintaining its ability to accelerate and deaccelerate in safe intervals. 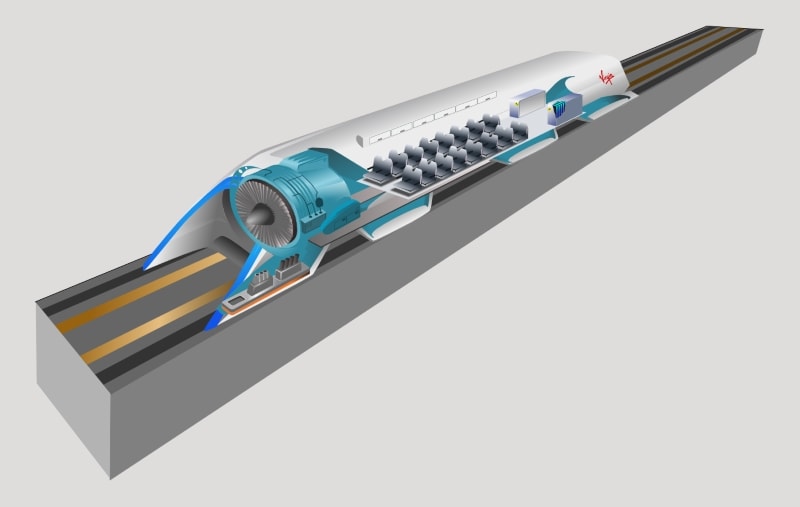 To better exemplify this issue, imagine an air-hockey table and how the puck on it moves at the slight push as the air expelled from the table reduces the drag. This is the same concept that Elon Musk proposed for the Hyperloop. He imagined the pod as the puck and the giant tubes as the table, therefore allowing maximal energy optimization as the pod would require low quantities of energy to glide through the tubes thanks to the reduced friction in the environment. However, one big constraint of this method was the ability to build air bearings strong and precise enough to lift and stabilize the pods throughout its travels.

For this reason, the startups working on this project are now developing new methods using Musk’s original idea along with magnets. Just like the high-speed trains in China, Japan or Germany, the Hyperloop also aims to use magnets in order to achieve a controlled and manageable levitation of its pods. However, the challenge lies in keeping the system simple and not too costly as trains that rely exclusively on magnetic power, called maglev trains, have demonstrated to be expensive and complex to manage due to the high levels of energy consumption and constant controls needed.
The Hyperloop is theoretically achievable as it uses well-established technologies and simple physics. The real issue when it comes to its development relies on how well it will be able to compete against traditional transportation methods such as trains and airplanes, in economic terms, as well as safety levels and operational efficiency. 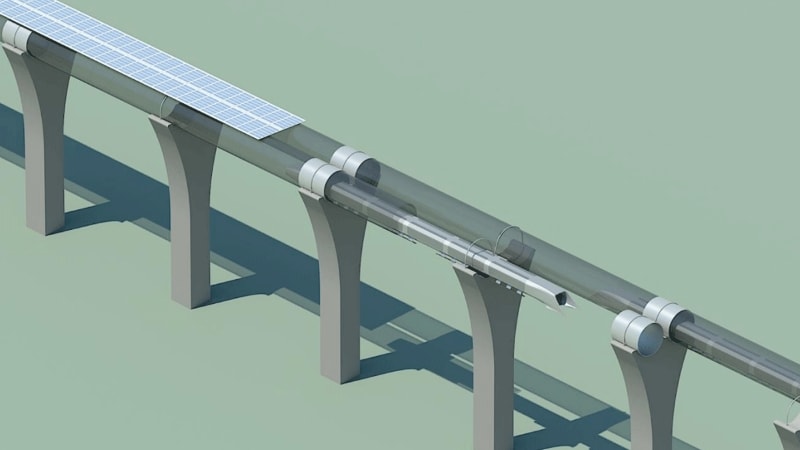 Both startups involved in this project are rushing against each other in order to obtain the title of the first one to achieve a working prototype of the much-awaited Hyperloop. In order to speed up the developing process while maintaining high standards, Hyperloop One alongside SpaceX offered contests to participate in the project, with participants from all over the world and from very reputable universities such as MIT, Technical University of Munich and Virginia Tech, the advances made towards a hyper-fast train are visible and very relevant. In contrast, Hyperloop Transportation Technologies did not stay behind and is currently developing a research and development center in Toulouse thanks to the over 100 million dollars obtained through funding, in order to test the results of its current Hyperloop prototypes. The facility is 3,000 square meters and has 50 employees working on the project, however, they expect to keep investing around 40 million dollars throughout the next 5 years. The facility is located in the Francazal Airport, an aerospace-transportation area for start-ups working on cutting-edge technology. 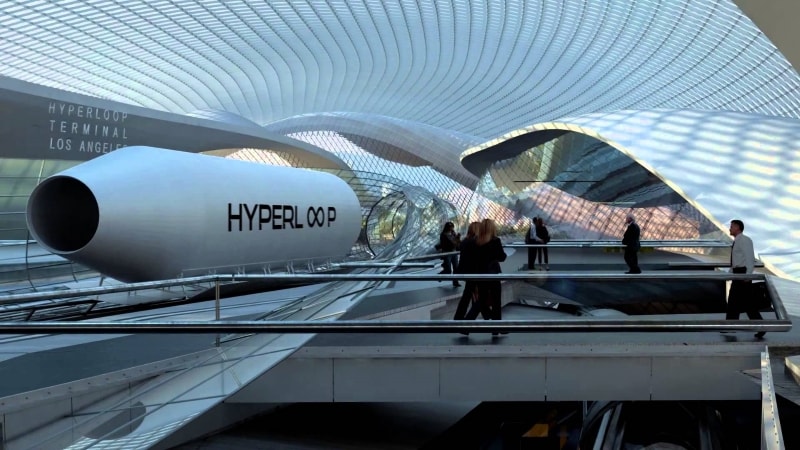 Both companies are very optimistic and have very high expectations when it comes to the development of the Hyperloop.

Hyperloop One is focusing on the United States, as well as Australia, China, and the United Arab Emirates, and as for today, the start-up has plans with the UAE government to deliver the new system as early as in 2020 and link Dubai with Abu Dhabi in only 12 minutes. However, the UAE government does not want to end here as they are planning to build an entire network of Hyperloops in their territory, to complement the current metro system in major cities. Additionally, Hyperloop One is also working on an underwater network for its system, mainly for cargo. They aim to move ports to the ocean in order to reduce nautical traffic, clear the coastline and recuperate the space designated to ports for housing and parks. 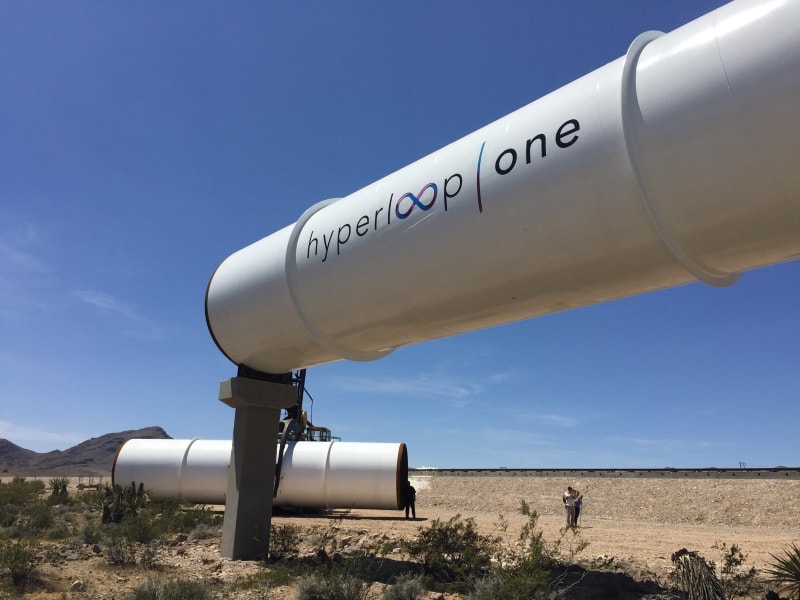 Hyperloop Transportation Technologies, on the other hand, is focusing on Europe’s fast-growing economies and is expecting to build a network that would link Bratislava and Vienna in only 8 minutes. The project is expected to cost between 200 to 300 million dollars and, the next step after the first line is finished is to continue connecting Vienna to Budapest.

As we can see above, we could easily be riding this new transportation system in as little as 3 years, breaking the barrier of distance and saving huge amounts of time for everyone. The Hyperloop could represent one of the biggest breakthroughs since the internet, and would not only transform transportation but it could create a world where international trips could be as easy and short as metro rides. 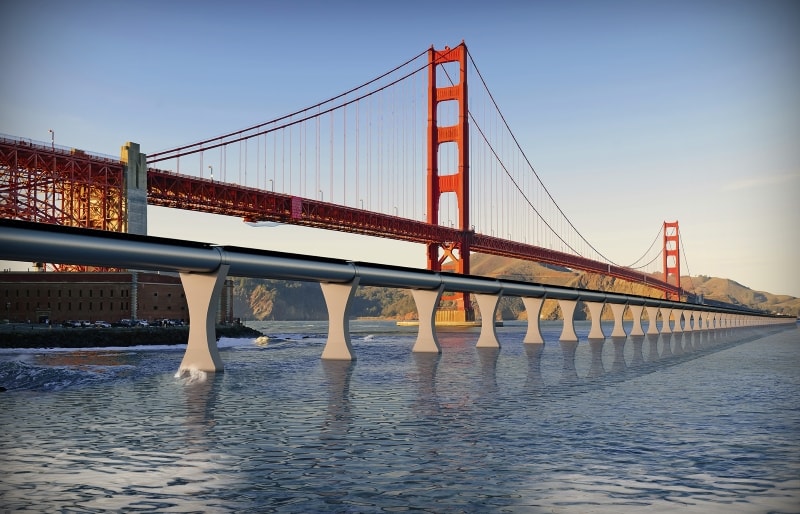