In today’s industrial world, pollution represents a real threat to our planet’s wildlife, and even to our own health. There are more than 5 trillion pieces of plastic floating around in the ocean and another 250 thousand tons in its bottom. Pollution affects over 100 million people and can greatly increase the chances of developing illnesses like asthma, bronchitis and even cancer. 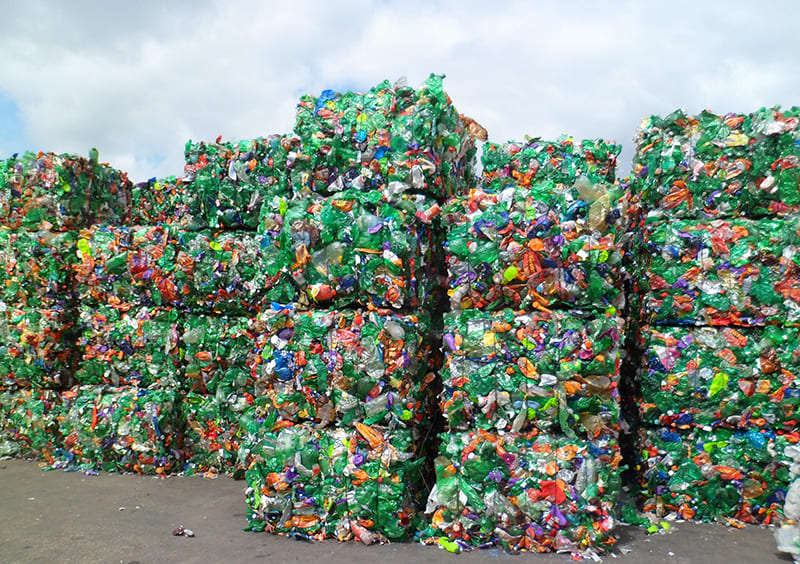 In India, pollution caused by plastic waste is a very important and concerning issue as the country’s Central Pollution Center Board has expressed that over 15 thousand tons of plastic waste are produced every day. Plastic is taking over the dumping grounds and raising serious environmental concerns in the country.

Fortunately, Dr. Rajagopalan Vasudevan, a chemistry professor at the Thingamajig College of Engineering in Madurai, developed an alternative for recycling plastic waste originated from bags, cups, and even foams. His process consists on melting shredded plastic over low heat, to avoid emissions. Then, he uses this substance to thinly coat gravel and stones which will be later added to the asphalt mixture that is used for roads. The process does not only give non-reusable plastic a second life but also makes the roads 60% stronger than traditional ones, making road maintenance less expensive and time-consuming. Additionally, it also decreases the cost of construction as it lowers, as much as 15 percent, the need for bitumen, a viscous mixture derived from petroleum and more expensive than shredded plastic. 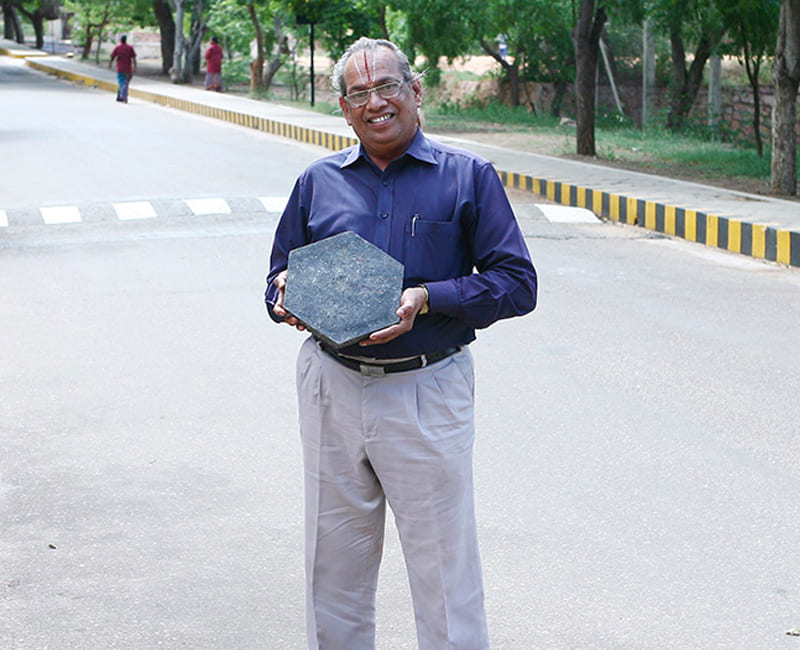 In 2002, the first road using this method was built in Jambulingam Street, Chennai. The road, which is often worn down by the heavy traffic, constant rains, and even floods, has resisted the harsh conditions. It has developed fewer signs of wear than traditional roads, proving to be more resistant. This is the reason why more than 5000 km of this type of road have already been built in over 11 states all over India.

In Europe, a first initiative invented by Anne Koudstaal and Simon Jorritsma was proposed in the Netherlands. The project, developed by Dutch startup “VolkerWessels”, is called “PlasticRoads” and consists of Lego-like blocks, made out of plastic waste, placed on roads as an alternative to asphalt. The initiative does not only recycle, otherwise unusable, plastic but reduces CO2 emissions caused by the production and laying of asphalt, too. “PlasticRoads” also aims to improve logistical processes in road installation and maintenance as the process of laying down blocks is substantially shorter to that of regular asphalt. Furthermore, the blocks’ hollow interior enable cables and pipes to be installed underneath them, potentially reducing the need for new excavations and nuisances caused to travelers during urban improvements. This promising startup has already gathered the attention of key players in the industry such as Total’s Polymer business unit and Wavin, leading supplier of plastic pipe solutions. Nevertheless, the project is still on paper as it needs to prove it meets the European safety requirements even in difficult weather conditions such as heavy rain or snow. Although, we can expect the first prototype to be completed by the end of 2017.

On the other hand, Scottish engineer Toby McCartney has developed a patented and more ecologically-friendly solution to traditional asphalt roads which is already approved by U.K.’s and European safety standards. 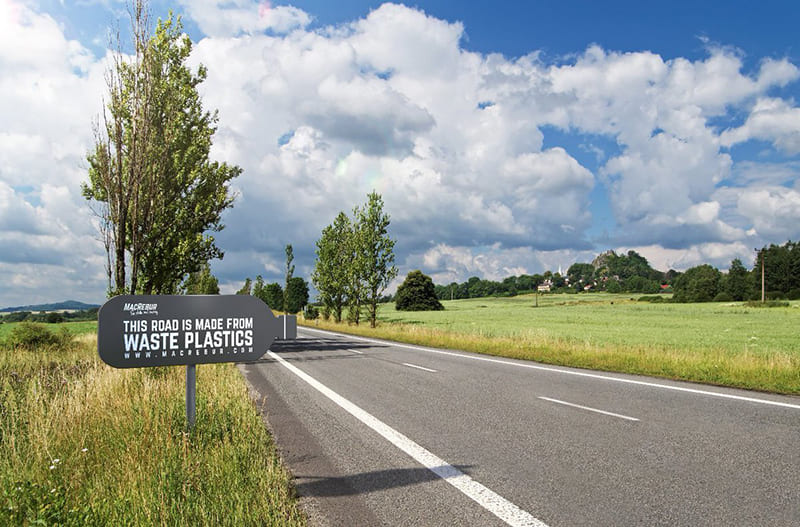 McCartney was inspired by India’s initiative using plastic waste on its roads. His company, MacRebur, has created a material called MR6 which nearly eliminates the need for bitumen in traditional roads. To do so, he has developed a process where plastic waste destined for landfills is used to create plastic pellets. This recycled filling material is then added to rocks and a very small amount of bitumen to create longer-lasting roads that are less harmful to the environment. The new process is extremely similar to the traditional one and no new equipment is required. The new process results in stronger roads that can potentially improve fuel economy as MR6 lessens the tire resistance in vehicles leading to less fuel consumption. The initiative is so promising that two local governments in England will start using this product to build future roads. Richard Branson, the founder of Virgin, has also expressed interest and approval towards this new and innovating alternative. 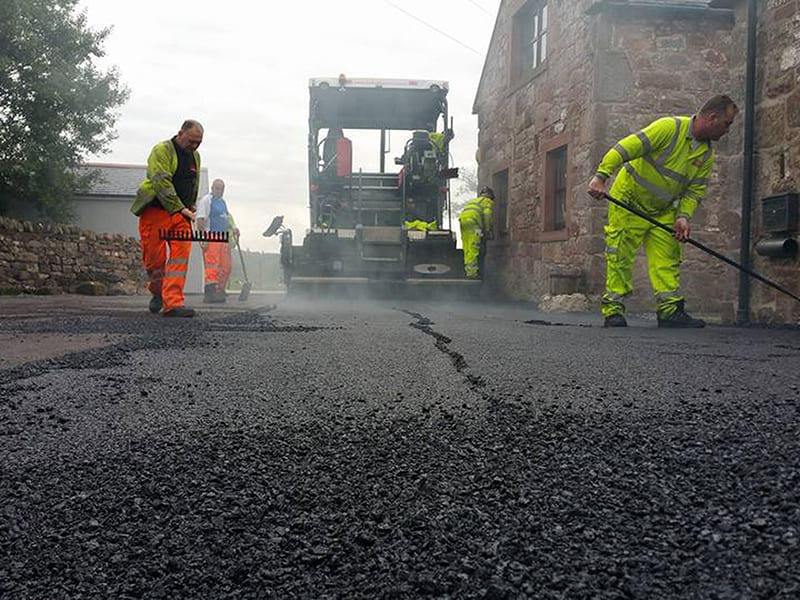 As we can observe, several projects are being developed to reduce our dependence on fossil fuels as this expensive and limited resource can be very harmful to our environment. Luckily, it appears that efforts to stop pollution and improve sustainability in our planet are bringing results and soon, we might be able to reduce the negative effects caused by the indiscriminate generation of plastic waste and excessive fuel use by renovating the 39 billion kilometers of roads all over the world with a greener option.