Nowadays, sustainability is a big concern for everyone. From the agricultural industry to the manufacturing one, pollution and overexploitation of our planet’s resources are leading to troubling consequences for our climate and health. This is one of the reasons why many scientists are relentlessly looking for new alternatives to polluting fuels to protect our planet. Luckily, many of them might have found their answers in algae. 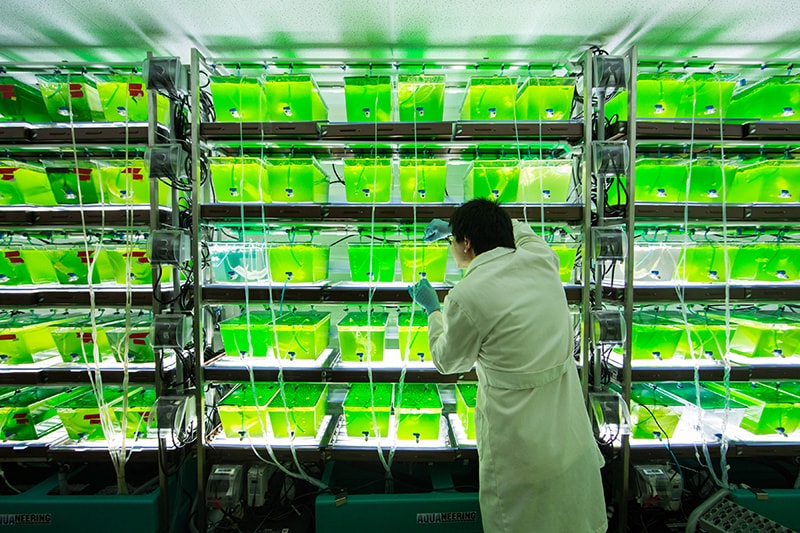 Algae has shown an incredible potential in many fields. Many companies are using innovating methods to use algae as a substitute for a vast number of things such as fishmeal and protein powders. Such is the case for New Wave Foods, a San Francisco-based startup who has even developed a shrimp substitute using algae which have no cholesterol is kosher and is even shellfish allergen-free. The product is said to be extremely accurate in flavor without all the consequences originated from poor shrimp-farming techniques such as the use of hormones and antibiotics as well as the lack of fair labor conditions in countries like Thailand or India, famous producers of this crustacean.

Surprisingly, the real revolution brought by this plant is not in the food industry but the energy sector instead. Currently, the U.S. gets over eighty percent of its energy from fossil fuels, producing dangerous levels of CO2 every day. Although much of the focus has been aimed at clean and fully renewable energy sources like solar or wind, these options remain extremely expensive and impose a logistical challenge for many developing countries. Biodiesel offers a less-harming alternative to traditional fuel sources. Unfortunately, contemporary biodiesel is made from corn or soybean oils which remain more expensive to produce and harvest than conventional fossil fuels. However, this situation might soon change. 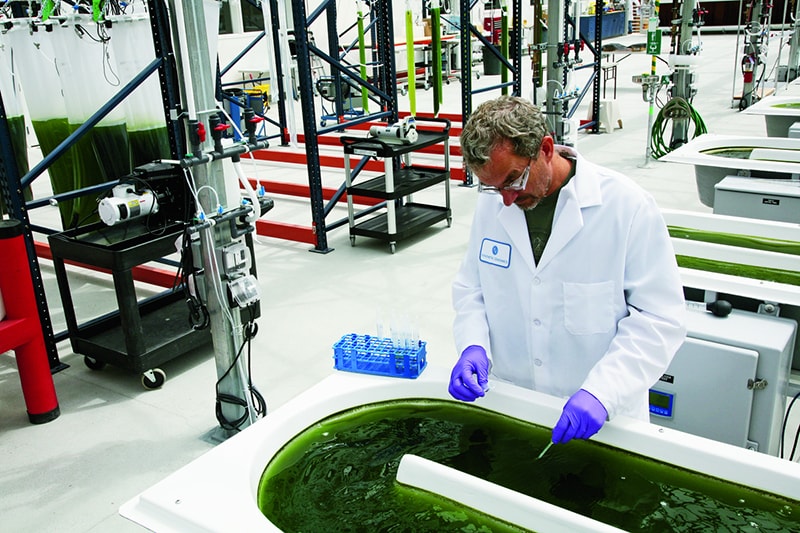 ExxonMobil, the largest energy company in the world, teamed up with Synthetic Genomics, a leader in synthetic biology and genomics, to develop a better alternative to biodiesel using algae, and show its large industry expertise and innovation capabilities.

Since 1970, many scientists have attempted to develop an alternative fuel source using this plant with little to no luck. Algae has been considered a great option for biodiesel due to its little environmental impact as it can grow in salt water and even under harsh environmental conditions, only utilizing sunlight and carbon dioxide. Moreover, the extraction of its oil remains simple and feasible in conventional refineries.

Due to all of these promising characteristics, ExxonMobil, who has been previously criticized by environmentalists for causing pollution with fossil fuels, started the 600-million and 10-year partnership with the lab in 2009. After eight years of hard work, a commercially-viable alternative might have finally arrived. 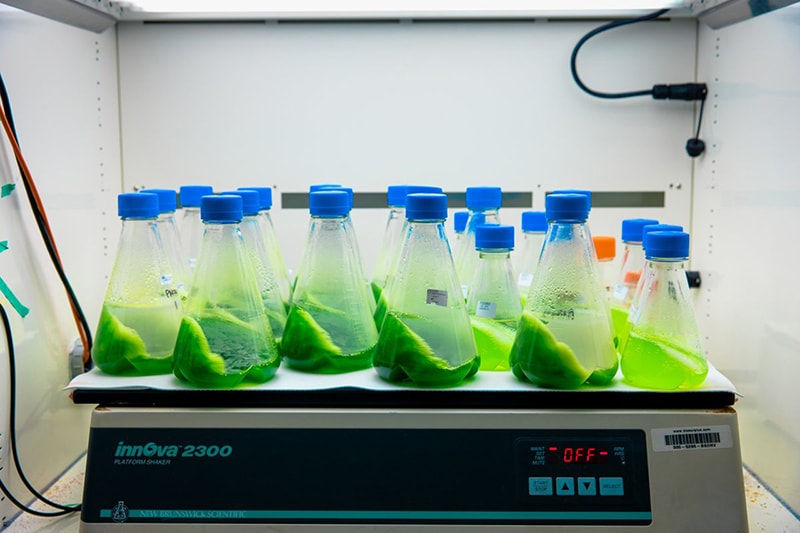 After collecting and analyzing several species of algae, the lab opted for Nannocholoropsis gaditana, a type of microalgae with over 9,000 genes, which had already shown great potential for large scale production. Unfortunately, after carrying out numerous attempts to increase oil level concentrations within the possibility of commercialization, they lab not achieve any substantial progress until 2014. Scientists from the project realized that starvation led to higher oil production. However, it also caused the algae to stop growing as the energy was used to produce lipid cells instead. Smaller algae resulted in the decrease in oil production, which rendered hopeless the possibility of large scale production of the fuel. 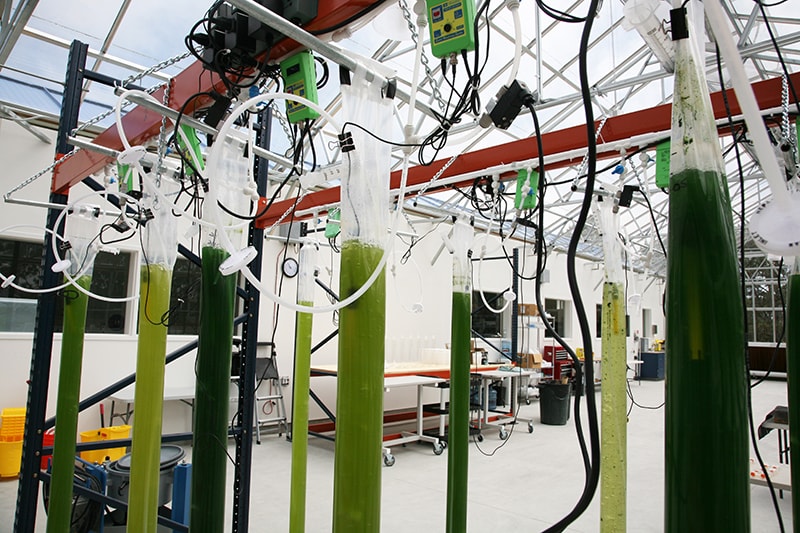 Seeing these poor results, J. Craig Venter, co-founder of Synthetic Genomics, decided it was time to take a different approach. He decided to examine the entire genome to locate the precise gene in charge of oil production. After many trials and errors, Venter discovered 20 potential lipid triggers. He later observed that the gene named “ZnCys” had generated strange results. After further analysis, he recognized this gene as a master regulator as it was this gene which produced the necessary proteins for controlling oil production in algae.

After this eureka moment, the lab spent the last three years manipulating and fine-tuning the algae’s genome to obtain excellent algal oil production from the new genetically modified species, with great results. Synthetic Genomics was able to create a new type of algae capable of producing 40 percent of CO2 to oil, a substantial increase from the 15 percent at its natural stage. 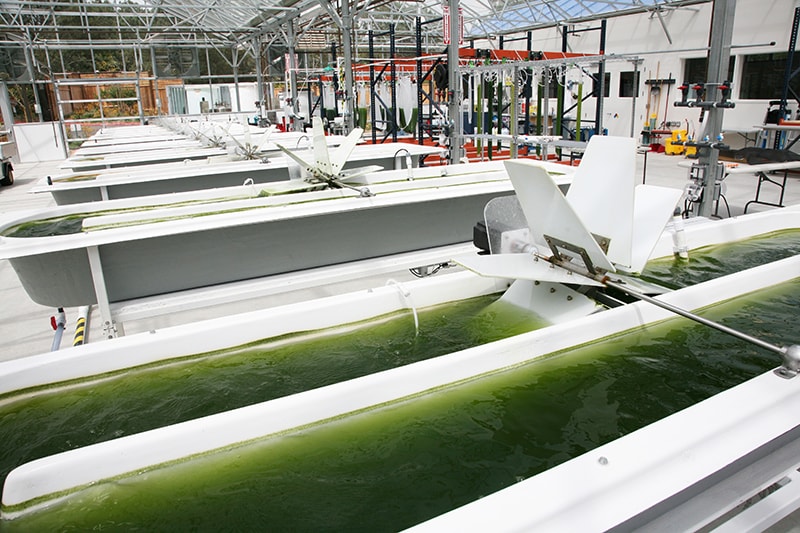 In conclusion, this monumental increase in oil production in the algae finally opens the possibility for large-scale commercialization of the fuel, and its low cost of production also allows emerging countries to consider it as an economically-viable option capable of replacing harmful fossil fuels. Nonetheless, we are still far from seeing this new alternative in our local gas stations as issues like the impact of a non-controlled environment in the algae or the environmental effect of this new species in our ecosystem still need to be evaluated. Moreover, scientists from Synthetic Genomics also need to figure out how to make the algae stronger and adaptable to different climates as well as speeding the oil production process to increase profitability. However, we are in the right direction, and there is plenty of hope for reducing the use of fossil fuels on our planet.