The year 2017 set a new record in the construction of skyscrapers. A staggering total of 144 new buildings of over 200-meter height were finished last year. In addition, the development of “supertall buildings,” referring to infrastructures over 300-meter, tied up with the 2015 record of 15 constructions, bringing the number to 126 supertall buildings all over the world.

Every year, we see more and more skyscrapers. They’re becoming taller and more common by the day thus, creating the new era of “mega tall buildings” or structures over 600-meter height. This new category includes constructions such as the Shanghai Tower (632 meters), the Tokyo Skytree (634 meters), the Burj Khalifa (829.8 meters and tallest structure to this day), among others. Yet, the construction of these massive structures will continue to increase thanks to strong economic growth and rapid urban development.

The quick surge of these structures demonstrates the incredible knowledge and know-how that the construction industry has been able to achieve, often supported by technological developments such as BIM, robots, drones, IoT, among many others. However, this situation has also led many architects, engineers, and other professionals to strive for new limits. 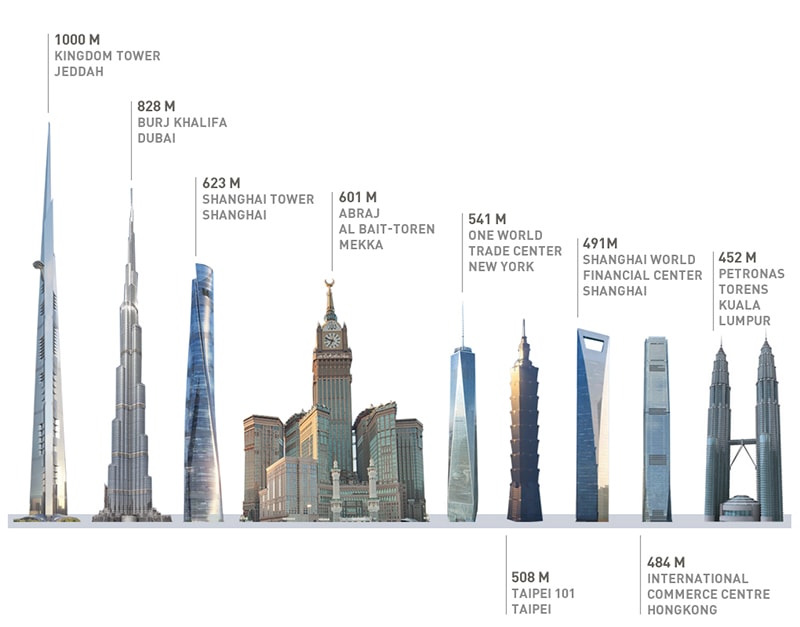 The Jeddah Tower is today’s new challenge. A new skyscraper that, when finished, is expected to reach the height of 1000 meters. Thus, becoming the new tallest structure in the world. A height that not so long ago might have seemed a science fiction dream.

The skyscraper will be located in the city of Jeddah, in Saudi Arabia. The structure is part of a 5-million square meters’ urban project called the Jeddah Economic City with a total cost of over 20-billion dollars. The tower will be the centerpiece of this enormous project, and it’s expected to not only boost the economic development of the region but also to showcase the growth, prosperity, and emergence of Saudi Arabia in a global scale. The construction of this new landmark started in 2011. However, due to heavy financial losses after the collapse of oil prices, the project was forced to enter a hiatus. Although these harsh economic conditions increased the expected cost of the project from 1.2-billion dollars to 2-billion dollars, the construction of the Jeddah Tower has recently restarted with the new completion date being 2020. 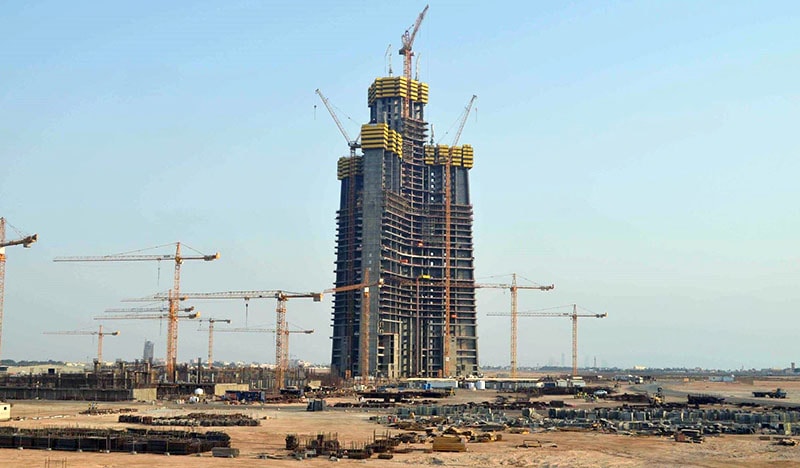 The 1000-meter structure is expected to have a surface of 245 000 square meters throughout its 252 floors. It will contain a mixed arrangement of apartments, offices and a 200-room hotel, along with the highest observatory in the world in a sky terrace of nearly 30 meters in diameter. The tower was designed by Adrian Smith, the same architect responsible for the design of the Burj Khalifa. Like Smith, many participants of this project were also crucial assets in the construction of the current tallest skyscraper in the world. The list includes Rowan Williams Davies & Irwin Inc. for wind engineering, Fisher Marantz Stone for architectural lighting design, as well as many other leaders in its respective fields. 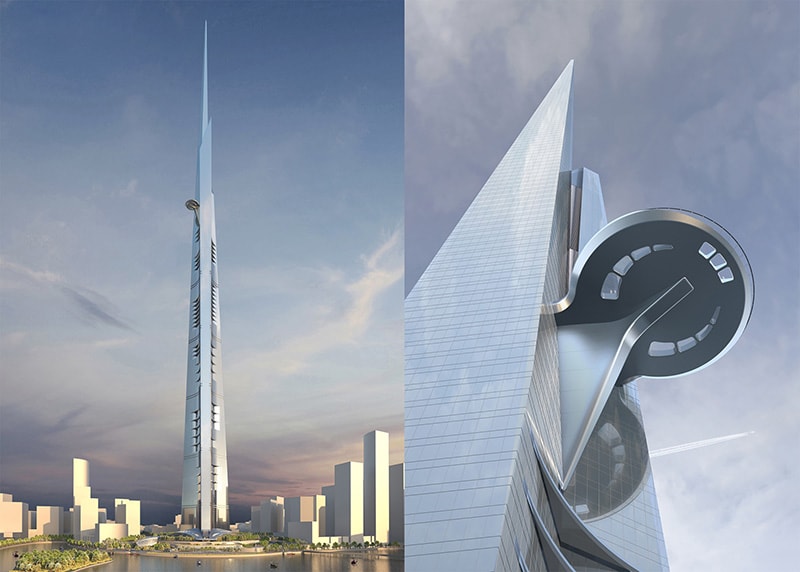 The tower was designed using state-of-the-art technology as its incredible height also brings all kinds of new challenges. Extensive wind studies were carried out to determine its potential effect at such elevated altitudes, ultramodern doubled-decked elevators will be used to facilitate transportation throughout the tower, and a 60-meter deep foundation was created to counteract the potential damage brought by saltwater from the ocean. The building is also expected to have an outstanding energy performance thanks to its exterior wall system that minimizes thermal loads and notches on all its three sides that protect it from the sun. Moreover, the construction of this colossal project also brings several logistical challenges due to its international scope. For this reason, digital tools, such as project management software, were also used to help teams all around the world collaborate in the project. 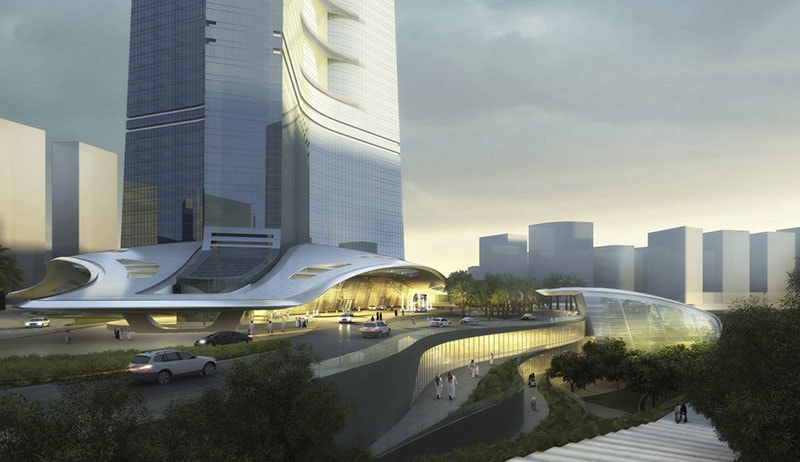 As of November 2017, the Jeddah Tower had reached the incredible height of 248 meters, with central core walls at level 60, central core slabs at level 55, wing walls at 53 and wing slabs at 49. While there is still over 700 meters left to build, the restart of the project brings back hope. With some luck, in as little as two years the construction industry might finally achieve the 1000-meter milestone and reach a goal that only some years ago seemed like a fantasy. 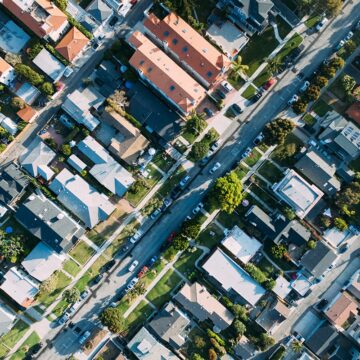